One of the fundamental principles of object-oriented programming is High Cohesion and Low Coupling. High cohesion relies on breaking the solution down into the right parts with logic that belong together – in Helix referred to as modules – and low coupling relies on keeping the number of dependencies between the different parts down to the absolute minimum. 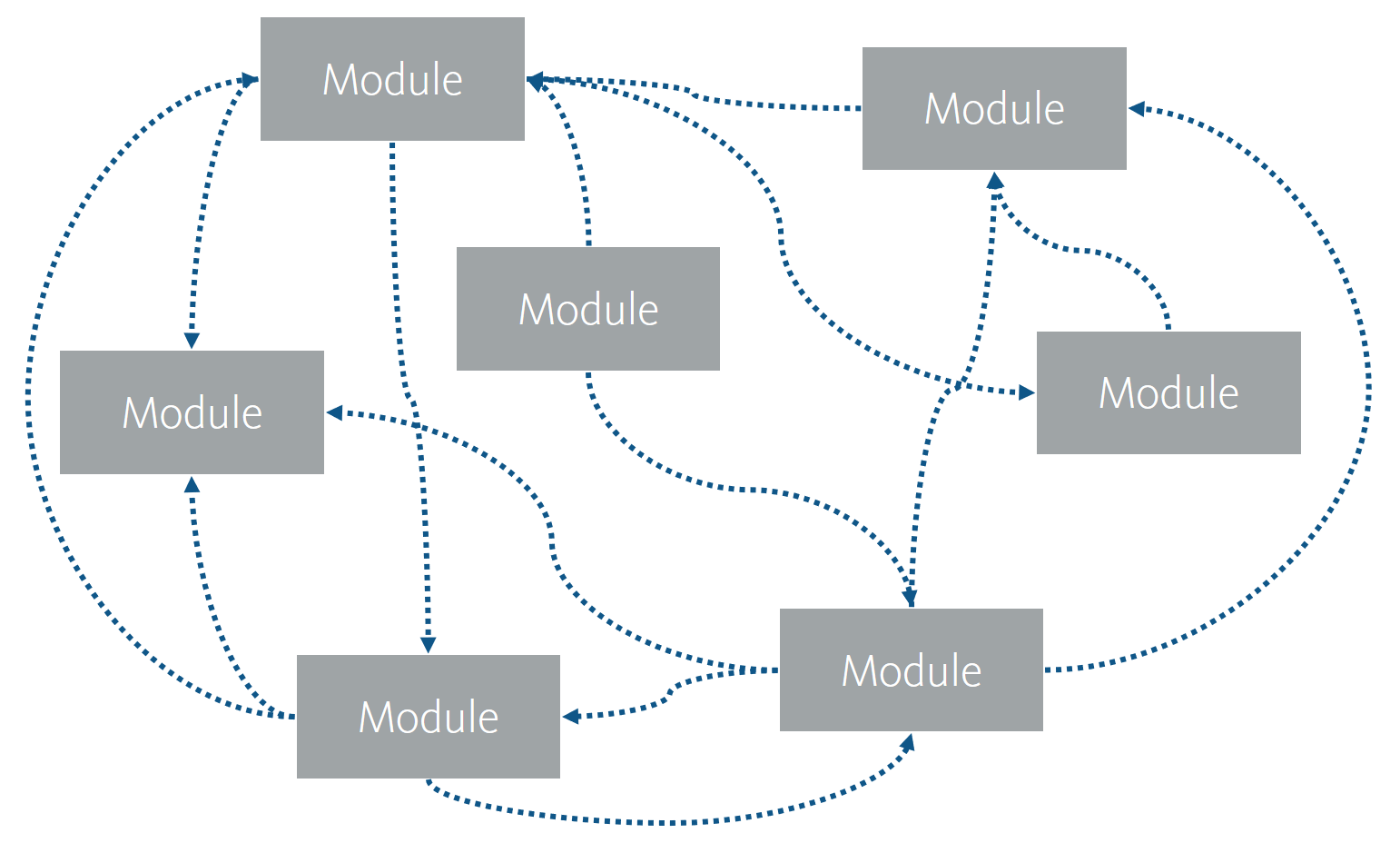 A solution where dependencies are not controlled and with high coupling between the various parts (maybe even to a degree where there are no tangible parts of the solution) very quickly becomes unmanageable and general stability is affected because changes cannot be made without affecting many parts of the solution. This decrease in productivity resulting from the lack of architectural focus is often referred to as technical debt.

With an increase in functionality, the interconnection between modules becomes so high that productivity slowly grinds to a halt. The effort is spent on maintaining the relationships between features, testing and stabilising the solution as opposed to developing new functionality.

If a more structured approach to coupling is taken, as described in Helix, the number of dependencies between features is reduced dramatically. And by reducing the number of dependencies and also making them apparent and obvious, the developers will know exactly what effects any change will have on the wider solution, greatly reducing the effort spent on stability and testing. Also, by isolating features, with defined interfaces and clear dependencies, the internal workings of the individual modules become less of an impediment, as developers can focus exclusively on the business feature they are addressing, thus greatly increasing flexibility of the solution and productivity of the team. 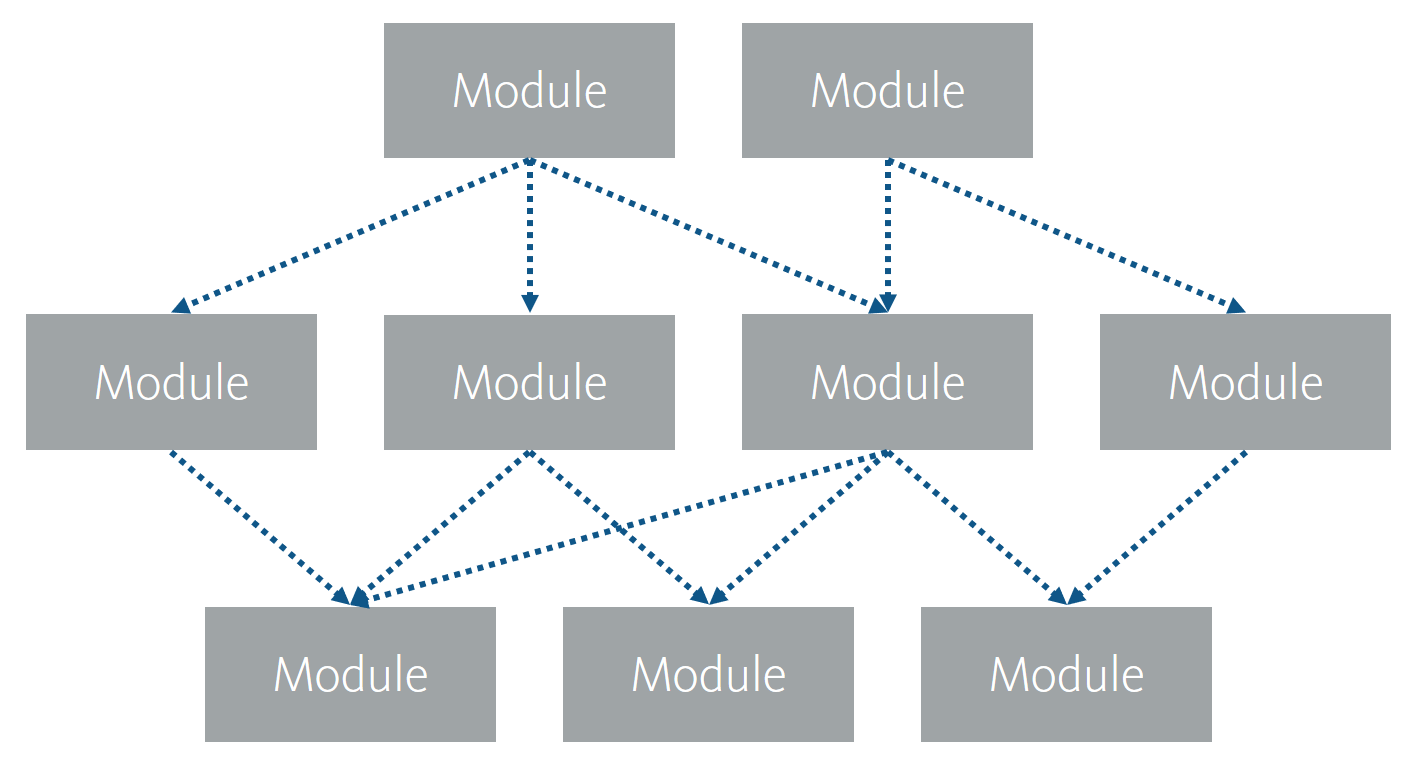