When you are doing automated testing – and especially for automated browser testing – you are often running the tests on an assembled solution and therefore the tests might be dependent on the combined pages of the website. Even though your tests might just focus on the features or functionality in a single module, they depend on the functionality of integration mapping in other modules or layers. Therefore, the tests belong in the Project layer as opposed to together with the module in the Feature or Foundation layer.

Code and other files related to tests – independent of whether they are unit tests or other testing methodologies – belong in the /tests folder under the respective module.

A single implementation can consist of multiple Visual Studio solutions. It might be beneficial to keep automated testing projects (apart from the unit tests) in a separate solution than the code.

Previous versions of Habitat featured acceptance tests built with SpecFlow. These are generally structured to test the functionality within a single module. But since they rely on the integrated Habitat website to run, they were all located in the Habitat project layer module. 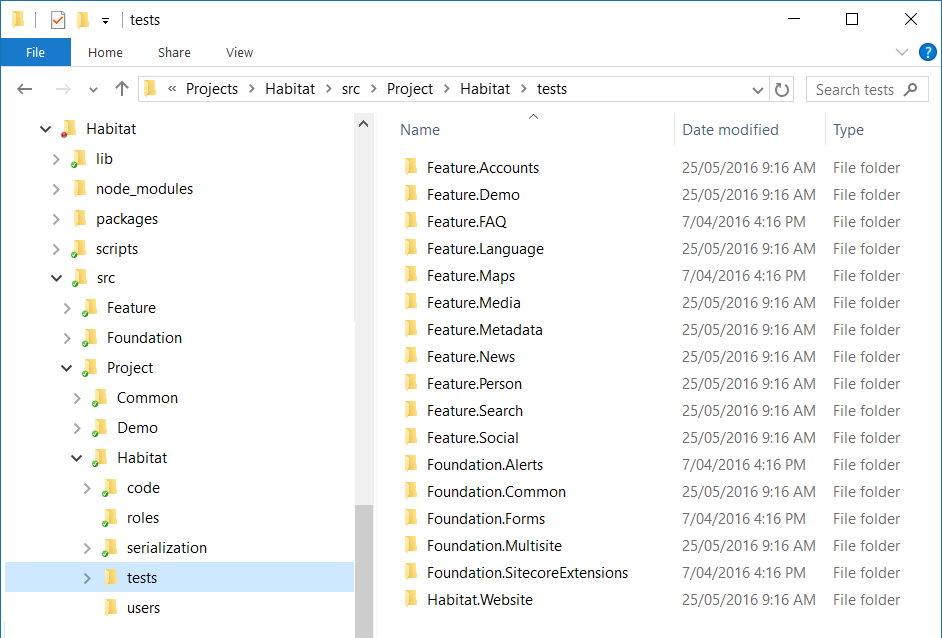